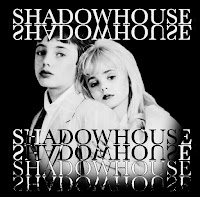 Shadowhouse is one of my favorite bands as of recent. Dark, melodic, romantic. The bright guitar gays strike through the cold fog of the vocals permitting just a hint of comfort. I don't liken Shadowhouse to Joy Division, Interpol, or The Cure. But I do like Shadowhouse, maybe even more than those 3 I named. I suggest listening to the "Hand In Hand" LP first.


DOWNLOAD&LISTEN
at 1:19 PM No comments:

There wasn't much first wave screamo that I got into, but this band seems to stick around in my music catalog. Portrait was authentic, that's about the most accurate thing I can say in regards to this sub-genre of punk music. Plus someone plays a viola, I'm a sucker for incorporation of "stringed" instruments into punk.

I won't provide a free download link because this band isn't well known and someone (assuming from the band) finally brought their complete discography up from the depths of P2P sharing. Visit the link below to listen and maybe buy. 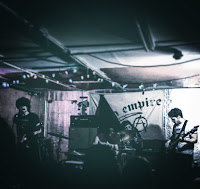 Take Rudimentary Peni's ghastly imagery, NO TREND's purposeful alienation and abrasive guitar, BORN AGAINST's disdain of all things dogmatic, add in some of that noodly bass and drums coming down from the Pacific Northwest's latest post-punk-goth wave, put it all in a blender and then do nothing. Let that concoction sit and smegmate in a cold, damp root cellar for three decades until a slimy member of PART 1 accidentally mistakes it for a dark berry smoothie, pops the lid, and engorges a mouthful moments before taking the stage of a reunion show at shitty D.I.Y. bar. That's probably how I'd attempt to describe Haldol.

Crusty peaceniks who actually knew how to play their instruments. Zounds undoubtedly produced the best punk music ever, in my regard. They were the full spectrum. Musically and lyrically. "THE CURSE OF ZOUNDS" is that one punk album I would bring to a deserted island if I had to choose one. I have tracked down all of their EPs, LPs, and cds but I recommend actually buying the remastered anthology in the link above. It took me many moons to get my hands and ears on all their music through various P2P sharing, overseas mail order distros, and eBay auctions. But, I would consider the "punkest" thing to do is support Zounds' ease of distribution from major sources now such as Amazon. Heck, they said it themselves in the song "Subvert".

What I am offering as a download is a very rare live recording of one of their last shows ever as a complete band. Some time around 2002 or 2003, I visited the website of a small, independent record label housed in Salt Lake City. The site had an embedded music player and, for about two weeks, this full recording was uploaded. This was back in the days of dial-up internet, mind you, and there was a way to continuously get free service by manipulation AOL install cds and another free program. Long story short, I gobbled these songs up and offered them out to the greater community. I do not know of any other source of this live recording that myself, frankly. Two songs, "Fear" and "Wolves", made their way on to "The Curse of Zounds" but I had not, and still haven't found, and of the other live versions anywhere else.

Locktender is probably the most unique hardcore band I've ever listened to. I happened about them while seeking out area bands for my weekly punk radio show. A simplified description: Artistic interpretation explained with melodic hardcore.

While they don't rail against The System or spit in the face of The Man, Locktender may just rally the internal change and outward action that I believe is the sole purpose of punk rock. I could also be full of shit too. For certain, their music is a nice change of pace and I recommend tuning in to the 2013 release "Kafka" firstly if you're still undecided. All their music is free (enter $0) if you need to. 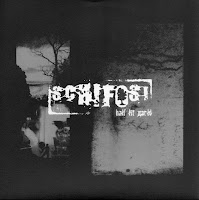 Schifosi is one of my favorite punk bands bar none. I guess this is chiefly due to the introspectively sullen lyrical content and melodic song structures, both of which tend to enjoy a longer half-life in my presence than the typical Conflict-esque punk dictation that ultimately sours my mood from protest to... a judgmental guilt trip.

Schifosi was an awesome crust band from Melbourne. And I actually mean that, I was in awe the moment I first heard this band's music while watching their video for "HALF LIT WORLD" that someone posted on a now-dead music forum. And, even more later on, when I realized that the lead vocals were smoldering out of a woman's larynx. Now you're asking why I would even bring chromosomes into the matter, correct? I did so to underscore what I mentioned in opening of this paragraph and attempt to explain what I am talking about here in the following one. 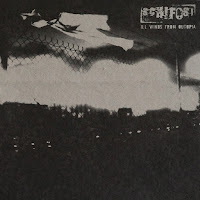 This is the first female fronted band that I did not notice the sex of the vocals until after watching a video. As a man, I have a deep voice and do not think that I can achieve anywhere near the deep force and clarity that Kate does, and she does it without any noticeable strain. Again, this mostly seems like a waste of time even mentioning except that it does mean something to me, and maybe for you as well.

The more I watched that video, the more I listened. And so forth. I listened through the pleasant buzzsaw guitars past the layered bass to probably the tightests 'ratta-tat-tat-tat' machine gun drumming produced by any crusty punk ensemble. I set off in a flurried quest to attain everything Schifosi ever recorded, which costed many years of search. 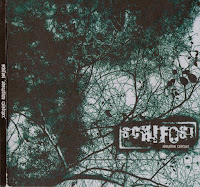 Eventually, I had my hands on physical copies of their entire discography. I even snagged their UNRELEASED EP from an online music player and made them even more available to the masses. All of their vinyl and the one cd was uploaded to my older blog, and then I came across something even better: Someone had uploaded 100% pure Schifosi digital tracks to Bandcamp. While I converted "Half Lit World" and "Ill Winds from Outopia" from vinyl to mp3, the play speeds are a bit off and "Ill Winds..." just sounds too deep and bassy. I suggest getting these two releases from the link below instead of from me. Follow the link, click on "Buy Now", enter $0 (if you're a cheap-o), hit download now. 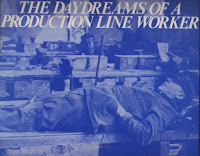 Every so often, I find myself uprooting this blog and replanting the seed in a slightly different spot in the garden. Maybe it's due to creative fidgeting or a way to perversely make amends for the inevitable neglect I will surely show to this growing plant, or because I rarely turn my computer on anymore. Anyway...

"Daydreams Of A Production Line Worker" is one of the first LPs that sprouts back up after the mushroom cloud dissipates. Why? Well, "The Old Punk" said it best. Karma Sutra also released a demo cassette and a couple of songs that landed on various punk compilations.

For me to describe Karma Sutra, I could speak of Crass' introspective analysis of where the outcast finds himself or herself in society, of Chumbawamba's masterful songwriting, of Kulturkampf's dreaminess and Exit-Stance's fury. I could try and weave handfuls of bands that you may or may not have heard of into a solid rope of understanding. I could attempt to do that and I can also let you listen to understand. 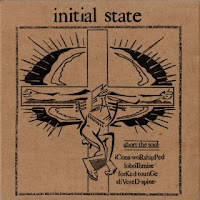 Brooding tribal crust. This is one of my top all time punk bands. Featuring ex-members of Antischism, Initial State only put out one album "Abort the Soul". This LP was released in 1994 and then remastered to CD in 1998. Initial State only perfomed 3 live shows, two of which can be watched HERE and HERE. This bleak perspective of human's interaction with the natural environment should be mandatory listening for everyone, frankly. MORE INFO 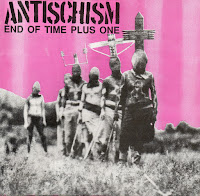 Beating out the rugs... a re-redo of this dusty blog

I've let this page stagnate for a good year due to a combination of a broken records player (vinyl to mp3 rips) and the rise of D.I.Y. bands hosting their music on global digital services (Bandcamp, SoundCloud...), all of which took a pep out of my step. It is actually quite nice not concerning myself with tracking down old vinyl and now simply re-routing mp3s from other sources. I don't like accumulating things especially when I rarely use it again, as when I the actual rip vinyl and cassette to mp3 for upload.

The second rendation (this very blog as of yesterday) was intended to surpasses my previous efforts (polishnightmare.blogspot) in punk music education but it fell short. So, I will now focus on a more simplified "indexed" method of blogging.

In short, my vinyl and cassette to mp3 conversions will still be on hold until I get a new stereo setup. Until then, I will try and upload or direct link a lot of "under the radar" punk music that I think is important to listen to. Thanks for reading this.
at 11:59 AM 1 comment:

Other blogs I frequent